{6 minutes to read}  Earlier this year, the United States Court of Appeals in the Second Circuit made a decision that will change how courts analyze attorney’s fees in the Federal Labor Standards Act (FLSA) actions. It is widely accepted that attorney’s fees must be reasonable. However, evaluating reasonability invites subjectivity and discretion. Generally speaking, Judges make the final decision to either approve or reject an FLSA settlement agreement. But how far can a court go?

In Fisher v. SD Protection Inc., 948 F.3d 593, (2nd Cir. 2020), the Second Circuit reviewed the District Court’s decision to reject and “alter” a settlement between a plaintiff and defendant. The Judge wanted to reduce the proportion of attorney’s fees (to 33% of the total recovery) and grant the plaintiff a higher amount of recovery.1 The defendant, SD Protection Inc., agreed to settle for $25,000.2 As part of the settlement, the plaintiff would receive $2,000 in damages for unpaid overtime while his attorneys would receive fees in the amount of $23,000.3 The trial court judge rejected these terms and revised the settlement distribution so that the plaintiff would receive $15,055, and the attorneys would receive $8,250 in fees and $1,695 in costs.4 The lower court’s revision of the parties’ settlement terms went up on appeal and the Second Circuit recently held that the lower court abused its discretion in setting a cap on recovery and altering the settlement agreement.5

Under the FLSA, the only rule for attorney’s fees included in settlement agreements is that those fees must be “reasonable.” 6; 7

A majority of courts say that the “most critical factor” in considering the reasonability of the attorney’s fees is “the degree of success obtained.”8 In Hensley v. Eckerhart, 461 U.S. 424, 436 (1983), the Supreme Court set a standard for reviewing fees based on “(1) whether the plaintiff achieves full or partial success and (2) the hours reasonably expended on the litigation times a reasonable hourly rate (lodestar).9 In Hensley, the court held that the lower court failed to review the attorney’s fees based on “partial success.”10 This precedent set the stage for an even greater pattern of subjectivity.

Since the decision in Hensley, courts have reviewed the attorney’s success in different ways:

So how can a Judge say that you, as the attorney, were unsuccessful when you got the opposing party to surrender and agree to pay your client?

In New York, like most jurisdictions, the law states that a settlement agreement is a contract that must be construed under the general principles of contract law.14 Under contract law, agreements are to be construed in accordance with the parties’ intent,15 and the agreement must be clear and unambiguous.16 This standard also applies to settlements that have the payment of attorney’s fees written into the term of the agreement. After all, the payment of attorney’s fees by the Defendant is a benefit to the Plaintiff.

The question remains…how much power do Judges have when reviewing contracts? If the intent of both parties is clear and the client has already signed a retainer agreement with the attorney, why should the settlement be reviewed at all? In Fisher, the Second Circuit decided that judges should review settlement agreements for fairness or potential abuse.17

In Fisher, the court ruled that Judges are barred from changing the terms of a settlement agreement.18 However, the court confirmed that a Judge has the power to deny settlement agreements outright.19  Imagine a case where both sides work tirelessly to come to an agreement, but a Judge has the discretion to throw away all of that work. Technically, Judges do not even have to rewrite the terms of distribution, they can deny the agreement until the distributions are what they would have written themselves. This type of scenario will certainly lead to a flood of appeals.

The decision in Fisher is a great step in reducing a court’s role in deconstructing settlement agreements, but in FLSA matters, the Judge can still reject settlements until the parties reach terms that would be ultimately approved.

October 24, 2022
The family behind a massive Brooklyn Navy Yards film studio complex stands accused of stiffing local partners out of $50 million in profits, a new lawsuit contends. Steiner Studios — where films such as Steven Spielberg's"West Side Story" and Lin-Manuel Miranda's "Tick Tick Boom!" were filmed — has been named in a civil suit filed by a group of local entrepreneurs who says they developed the complex then were cut out of profits, court records show.
Read More

September 13, 2022
The family behind a massive Brooklyn Navy Yards film studio complex stands accused of stiffing local partners out of $50 million in profits, a new lawsuit contends. Steiner Studios — where films such as Steven Spielberg's"West Side Story" and Lin-Manuel Miranda's "Tick Tick Boom!" were filmed — has been named in a civil suit filed by a group of local entrepreneurs who says they developed the complex then were cut out of profits, court records show.
Read More 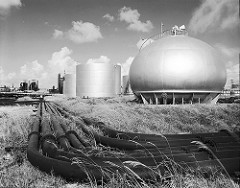