The family behind a massive Brooklyn Navy Yards film studio complex stands accused of stiffing local partners out of $50 million in profits, a new lawsuit contends.

The family behind a massive Brooklyn Navy Yards film studio complex stands accused of stiffing local partners out of $50 million in profits, a new lawsuit contends.

Privilege and Confidentiality in the Attorney Client Relationship
Regarding In-House Counsel and Their Employer
Fischman v. Mitsubishi Chemical Holdings America, Inc.(18-cv-08188)
{3 minutes to read}  Attorney client privilege is an integral part of our legal system.  As most situations that require legal intervention are emotional and stressful, reliance on an experienced professional who will commit to your needs while keeping your information confidential has allowed millions of people to have a voice and retain their rights.Continue reading

By Shaloni Pinto and Aimee Christianson
{Read in 4 minutes}  With the passage of New York Senate Bill 7848A, the state will make it easier for workers to bring sexual harassment claims to court. Aimed to prevent sexual harassment in the workplace, the bill will amend the general business law to limit the coverage of mandatory arbitration clauses in relation to sexual harassment and will also amend the labor law to promote the prevention of sexual harassment.Continue reading

By Shaloni Pinto and Aimee Christianson
{Read in 4 minutes}  Ms. Norris Babb alleges that her employer, the Department of Veterans Affairs, denied her advancement opportunities due to her age and gender, and retaliated against her after she filed complaints about the issue. If Ms. Babb was an employee in the private sector, she would have to test these allegations against the tried-and-true standards set by court precedent. Ms. Babb, however, is a federal employee, and the courts do not have a clear standard about how she can prove her age discrimination claim.
The federal-sector provision of the Age Discrimination in Employment Act of 1967 (ADEA), 29 U.S.C. §633a(a), states that any personnel actions which affect agency employees forty or older must be free from age discrimination. The “free from” wording within the law is unique to the provisions of the federal sector. The Court will answer whether a federal employee has to prove that an action was discriminatory but for her age.
Unlike public employers, private employers cannot make decisions “because of” an employee’s protected class. Both Congress and the courts have deliberated and set precedents on the standard a plaintiff must use to have a valid claim of employment discrimination. Employees in the private sector can either use the “but-for” standard or the motivating factor standard to confirm their allegations of employment discrimination. A motivating factor standard is lenient; it only requires the plaintiff to show that bias relating to their protected class influenced their employers.
Let’s examine Ms. Babb’s case to illustrate the difference between the “but-for” and “motivating factor” standard.

The “but-for” standard is stricter because Ms. Babb (as a plaintiff) must investigate the motivations of the employer and put forth an explanation that ties the other party’s decision-making to the age factor.
While the federal government has argued for the stricter “but-for” interpretation, Plaintiff Babb argues that the motivating factor standard should extend to federal employees. Now, the Court must decide whether federal employees have to abide by the stricter “but-for” standard or whether a motivating factor standard is permissible.
The circuit courts have given conflicting rulings on the issue. The DC Court of Appeals has held that the motivating factor is a valid standard for federal employees. Agencies like The Equal Employment Opportunity Commission (EEOC), charged to enforce the ADEA, have followed this precedent. Yet, other federal appeals courts like the Ninth and Eleventh Circuit have adhered to a stricter standard, holding that the “but-for” causation is the only way to allege age discrimination as a federal sector employee. Thus, this decision by the Supreme Court will resolve the conflicts among the circuit court of appeals and decide whether federal employees over forty need to adhere to a strict standard when alleging age discrimination.
Reference: Babb v. Wilkie, 2019 U.S. LEXIS 4444

By: Aimee Christianson and Shaloni Pinto
{Read in 4 minutes}  On June 3, 2019, the Supreme Court released their decision in the case Fort Bend County v. Davis [No. 18-125], which involves Equal Employment Opportunity Commission (EEOC) claim filing disagreements. This case involves Title VII of the Civil Rights Act of 1964 and a potential complainant’s administrative requirements with the EEOC.Continue reading 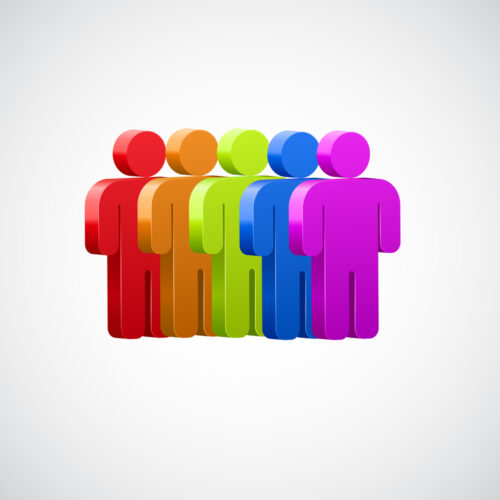 {Read in 5 minutes} In my previous post, I wrote about the impact an impending Supreme Court decision may have on employee protections — particularly LGBT employees. The issue is whether or not sex discrimination as prohibited by Title VII includes sexual orientation or gender identity protections for employees. While the Equal Employment Opportunity Commission (EEOC) has consistently found that it does, District and Circuit Courts have differed on the matter, and the Supreme Court will rule on the issue in their next term. Continue reading

Imagine dedicating almost 35 years to the financial industry. You work hard. You are successful. You build an impressive book of business. And yet, you are continuously hindered from reaching your potential – not because you are not qualified, because you are; not because you do not have the necessary experience, because you do.  You are passed over because you are an older woman. Our client, Judith A. Bovitz, who is 69 years old, has been experiencing this for years. After every step taken to remedy the situation internally failed, she filed a Federal Lawsuit last month against Wells Fargo Advisors (“Wells Fargo” or the “Company”).Continue reading

{Read in 7 minutes}  At the end of November, we filed a lawsuit entitled Mathis v Educare Community Living Corp, et al. Educare is a large community living corporation that does business in the United States. It’s a division of the ResCare Corporation, which provides all kinds of home health-aide services.Continue reading

{Read in 3:30 minutes}  In my last article, I discussed a pattern of discrimination in terms of the disparate impact on African Americans. But what does “disparate impact” mean?  In 1971 the Supreme Court adopted the position of the Equal Employment Opportunity Commission (“EEOC”). In Griggs v. Duke Power Co. (1971), the Court invalidated an employer’s requirement that applicants have a high school diploma and/or pass aptitude tests for hire and transfer into more desirable departments where prior to the enactment of Title VII the company had restricted blacks to labor positions. Specifically, the Court stated:

The Act proscribes not only overt discrimination, but also practices that are fair in form but discriminatory in operation. The touchstone is business necessity. If an employment practice which operates to exclude [blacks] cannot be shown to be related to job performance, the practice is prohibited . . . Congress directed the thrust of the Act to the consequences of employment practices, not simply the motivation.Continue reading